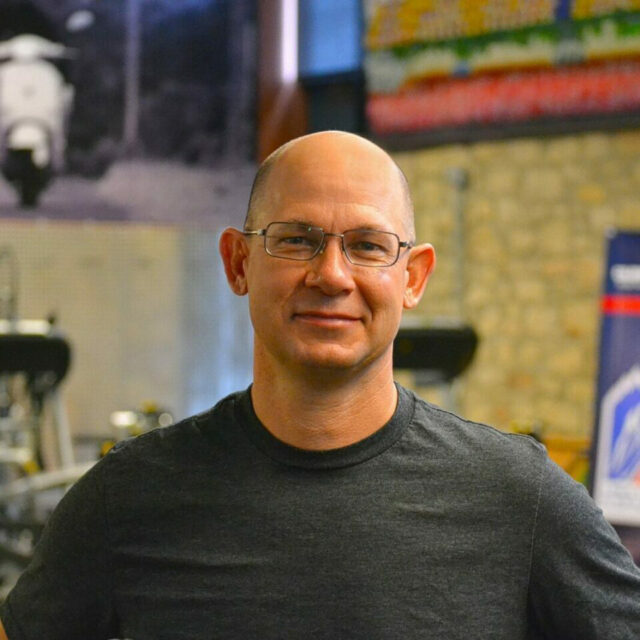 Over the past 20 years, Dean has been a pioneer in the application of exercise physiology, power training, altitude training, and hydration strategies to improve athletic performance in real-world competitions.

He has been a personal coach to more than 70 National Champions and more than a dozen Olympic and World Championship medalists.

His expertise has been sought by world-class athletes in mountain biking, road and track cycling, skiing, triathlon, and most recently by motorsports athletes in motocross, Moto GP, Superbike, and NASCAR.

The U.S. military has also looked to Dean for help preparing soldiers for high-altitude performance.

Dean served as a physiologist for USA Cycling from 1994 to 1996; he introduced power meters with the National Team and established training protocols for the 1996 Olympic Cycling Team, across all cycling disciplines.

During his time at CTS, Dean has completed research and development projects with several companies, including Powerbar, Motorola, and Red Bull.

He has also been a performance consultant for several professional cycling teams, as well as the Brooklyn Nets, Toronto Maple Leafs and Edmonton Oilers NHL Hockey teams.

Dean resides in Colorado Springs when he isn’t traveling the world in support of his athletes.